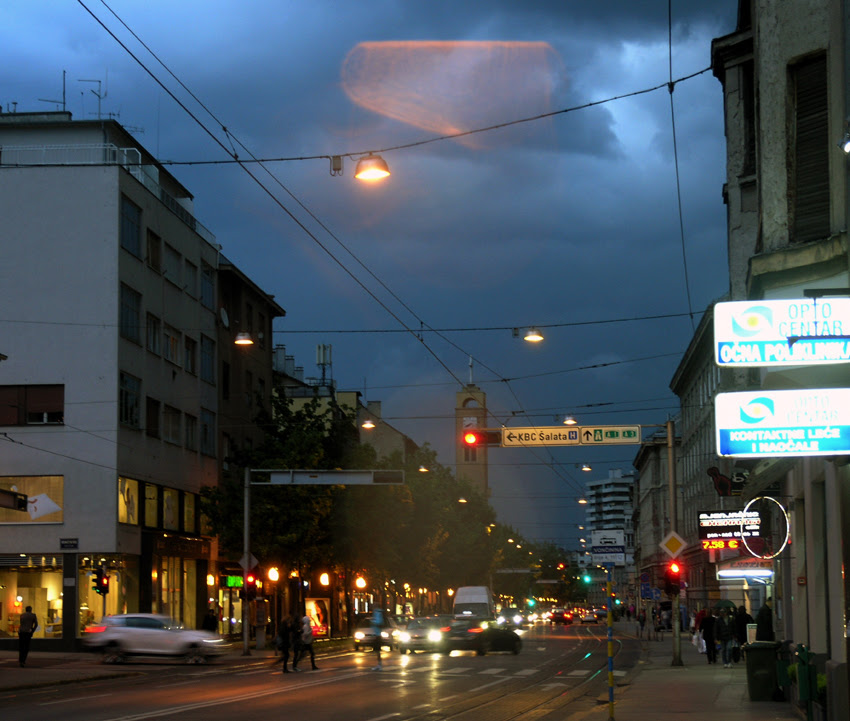 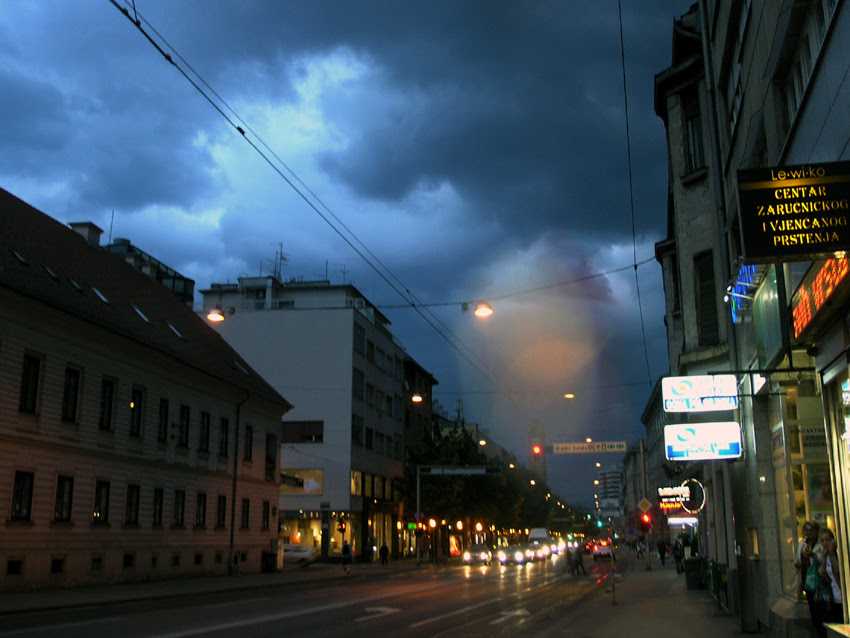 Message from the photographer.
The photo has been taken in the center of Zagreb, Croatia, Europe,late afternoon/early evening with storm coming in on (most likely 14th of April (the problem of the Exact Date is that i have opened photo a couple of days later and then realized that the clouds were not alone in the sky.) The only intervention in the original photo was that i did “contrast” function to the total photo). Also, i have returned back to the location trying to figure out whether there were some light interferences that would form something like this within the lens tube but could not locate anything to my knowledge.
And of course, i have not seen anything except clouds during the shooting.