Montague Keen - September 12, 2016
On this, the anniversary of 9/11, one of the most criminal acts of the century was perpetrated on innocent people, whose lives were a blood sacrifice that day, so the Cabal could proceed with its plans for your world. This one act should open your eyes to how little the Cabal thinks of you, mere humans. How they are prepared to go to any lengths to remove you from the Earth that they crave for themselves. Life on Earth changed that day for everyone, not just for Americans. 9/11 was used as an excuse to wage war on all the countries in the East that had the OIL that the Cabal wanted. There are very few people on Earth today who believe the official story of that event. The truth cannot be hidden. The American people are facing a future in the FEMA CAMPS which their government has prepared for them. They will be forced into them "for their safety". It is all being prepared openly. Why are you not asking the question, why are Fema Camps being prepared for us?

The Cabal does not need to hide anything from you because YOU NEVER QUESTION ANYTHING. The Cabal is in need of your suffering, your fear, and your death, so that they can continue to exist in your world. Why is it taking you so long to see it? When the Cabal remembers 9/11, it is with joy, as they look at all they have achieved because of it. How many more 9/11 events will it take before you refuse to support those who want to destroy your world?

Those of you who are fully awake to what is happening, owe it to your fellow man to help open his eyes to all that is being done to destroy him. All the information is at your fingertips. It has never been easier to research. Governments are there only to serve the Cabal. They are not there to serve mankind. Do not trust their words. Look instead at their actions, for actions speak the truth that mere words hide. The Cabal is losing power. They will promise you everything to try to prevent you seeing the truth of who and what they are.

The awakening gathers strength. Its energy is spreading far and wide. You are winning the battle for the souls and minds of the people. Banks are collapsing, causing much suffering in their wake. They were totally corrupt, causing needless suffering, and thereby fulfilling their purpose. Plans are in place. You will quickly adjust to a new way of living life on Earth without the corrupt banks controlling your lives. For 2000 years all mankind has known is corruption and control, whether through religion or government. Life on Earth became a challenge to survive, rather than an experience of life on Earth as it used to be in times past. Nothing that you have ever learned through religion is, in fact, true; it is all based on lies. The fear created by religion REMOVED THE NECESSITY FOR GUARDS TO CONTROL YOU, SINCE FEAR WORKED PERFECTLY. Fear is the greatest and most effective weapon used against you by both religions and governments. Remove the fear from your life and you become a free soul. It is highly recommended. Fear does not exist on this side of life because we do not have religion or government which are man-made.

Never in the history of your world has humanity been in more danger of being wiped out. You cannot afford to continue to close your eyes to what is being systematically done to wipe out the human race. The propaganda generated by your governments to lull you into a false sense of security must not be accepted as true. It all comes from those who rule your world from the shadows. They have their puppets in government to ensure their plans are accepted and adhered to. These puppets have seen, many times, what happens to those who go against the hidden rulers. All they need is a Pearl Harbor or a 9/11, every now and again, to enforce their agenda, and the sleeping people fall for it every time.

The awakened have found their voice. They speak out against this HOLOCAUST that is planned for you. Study Agenda 21 and Agenda 30, which will leave you in no doubt about what your rulers have planned for humanity. It should open your eyes to the road that you are now sleepwalking down. Action is needed to protect you and yours. This holocaust cannot happen without your assistance and cooperation.

Rely on your own research. Talk with those who are also researching the truth. Religions and governments are all part of the control system, so cannot be trusted. David Icke and others like him, have devoted their lives to seeking the truth and sharing it with you. The 99% must come together to stand for truth and justice, in order to free humanity from the shackles of the forces of evil that are hanging on to control by the skin of their teeth. Freedom is yours for the taking as the Cabal is at its weakest. Ask why do so many of your so-called leaders pledge allegiance to one foreign state that has infiltrated every section of society in your world? It is time to face facts, my friends, nothing is as it seems. Action is needed to reverse the status quo and remove the corrupt. Take back your world for humanity. Create a world where all human life is respected, Wars will cease and peace will reign supreme.

My dear, your burden becomes greater, and the responsibility too great. Your struggle to complete our work is taking its toll. We are with you every step of the way through these difficult times.

The recent attempt to start World War III was foiled by Angela Merkel who found the courage to stand with the German people and refuse to allow them to be the victims of a false flag invasion. She deserves protection and respect for her bravery in daring to say NO to the Cabal. You are all indebted to her. The Cabal always follows a pattern; World War I and World War II started in Germany, and true to form, they wanted World War III also to begin there, and then blame Russia for it. They do not like to be thwarted and will take revenge. Watch carefully what happens next. Their plans to wipe out Europe will have to be altered.  Forts. 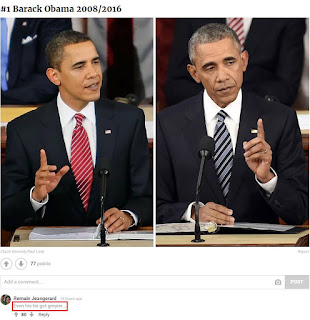